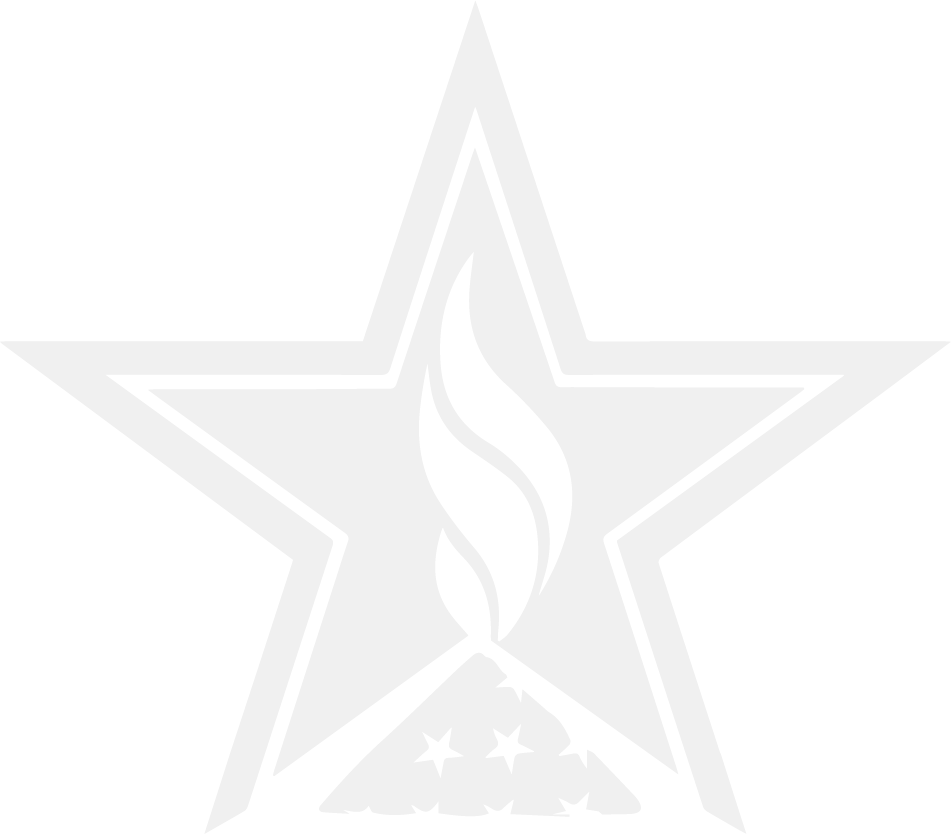 1. Why do we need this remembrance flag?

Men and women have been serving in the United States military and dying for our country for more than 200 years. They represent a unique and distinct category of individuals, along with the families that sent them, that deserve a symbol of recognition, a visual emblem of honor. Until the Honor and Remember Flag was conceived, there was no such nationally recognized symbol. As a nation we have flags that symbolize everything; each state has their own flag, every branch of the service has their own flag, the POW/MIA have their own flag, every veteran’s organization has their own flag, every college, high school, organization and so on. Yet the one single group that sacrificed to allow us to fly every flag freely have no public recognition. It is important that their lives and their families be specifically remembered and thanked.

None of us would willingly give our loved ones to be sacrificed for freedom's cause, it is simple human nature. However someone's loved ones are being sacrificed so that ours don't have to. The least we can do is be thankful.  How do we show gratitude without something tangible, not knowing who these families are or where they live. The Honor and Remember Flag becomes that perfect visible expression.

The Honor and Remember Flag is not a replacement to our Stars and Stripes,  or to the POW/MIA flag, nor is it intended to diminish their meaning or stature. It was thoughtfully established to fill a void and complete the circle of tribute. With all three, we comprehensively and publicly give tribute to those veterans who served, those who are captured and need to be brought home, those who are still missing and need to be found and those we know who gave the ultimate sacrifice. Let none be forgotten.

There are many reasons why it is important to establish the Honor and Remember Flag as a national symbol in this generation. The most important one is that there exists today the largest contingent of living veterans of any time in our history. These veterans comprise in large part one of the greatest groups of least honored soldiers in our history: the Vietnam War veterans. All total however it is still a relatively small number in regard to the general citizenry.

It is important that this small percentage of those who served this country and understand the impact of sacrifice, educate those civilians who will never otherwise understand. Once our military shrinks and our veterans pass, the education will cease.  Honor and Remember is a unique, out of the box opportunity to bring a patriotic message to a civilian population.

For those who lost their lives and their families, the Honor and Remember Flag serves as a way for the rest of us to express, perhaps belatedly, our gratitude for their sacrifice. It is important that all veterans rally in support of the Gold Star families to leave this lasting symbol of public thanks. We all should be doing something; ask yourself if not this then what? There are not many opportunities in a lifetime to leave behind a national legacy, we need your help.

The flag of the United States of America is our nation's symbol and identifies us as Americans. It is the umbrella which represents every underlying aspect of our country. It actually takes on a different context or meaning wherever it is displayed; Public buildings, private homes, sports stadiums, Olympic events, caskets or even the moon. Like any other nation''s flag it does not stand for anything specific. Ask any citizen what our flag means to them and you will get a dozen different responses. Does it represent sacrifice? Absolutely! However, the American flag also stands for our constitution, the unity of our people, the diversity of our nation, the triumph of our accomplishments and the right to protest or to be burned. It is the symbol of freedom many die to defend, rather than a tangible emblem to specifically honor those who gave their lives. See the answer to question #1.

Our sons and daughters, throughout history, died to preserve its meaning but it does not particularly represent them, they represent the flag, which represents our entire country. Here is how the symbolism of the American flag was originally designed and explained:

The U. S. flag consists of thirteen horizontal stripes, seven red alternating with 6 white. The stripes represent the original 13 colonies; the stars represent the 50 states of the Union. The colors of the flag are symbolic as well: Red symbolizes hardiness and valor; White symbolizes purity and innocence; Blue represents vigilance, perseverance and justice.

"Our U.S. Flag Unites Us While the Honor and Remember Flag Defines Us"

4. Who is being honored by the HR flag?

All those who have been killed in the “line of duty”. This statement can be defined as any military individual killed while serving or as a result of serving, from the moment our nation began. If you have put on a military uniform in service to the United States, you have given authority to superiors to place you in harm’s way. If in the course of doing one’s duty an individual lost their life, regardless of where or how, this flag is meant to honor that individual. This flag has a broader scope, honoring all those who by draft or volunteer have put themselves in a position to defend the constitution, the US flag and those freedoms which make our nation great. In other words, if someone was killed while guarding a border, standing on a ship’s deck, protecting an embassy or marching headlong into enemy fire, this flag honors them. This would include all military members who died from any lingering physical or emotional trauma  such as agent orange or PTSD.

5. What does the HR flag design signify?

The Honor and Remember Flag was designed from both historic military and universal icons. The Red field symbolizes the sacrifice of blood shed; what better color than American Flag red. The White field below, the purity of that sacrifice. Each man and women serves with a pure heart and a willingness to lay down their lives at any moment. The Blue star in the center dates back to World War I when military families hung a solid blue star banner on their windows or doors representing a loved one on active duty. The Gold Star overlaying the Blue, again going back to WWI, signified that the loved one had been killed. The Folded Flag beneath the stars represents the flag that is handed to each family at the memorial service of their loved one. The Flames above are an eternal reminder that we will never forget. The Three Words below complete the tribute, we will always Honor their sacrifice and Remember them specifically by name.

6. What is the importance of the Honor and Remember Flag?

This flag should be important to every citizen of the United States. Never before in the history our country have we realized how vulnerable we can be to the actions of those who would destroy us. Now more than ever, our fighting men and women deserve our recognition and our gratitude for standing in the way of those who would take away our liberty. We owe them, and particularly those who die and their families, honor and remembrance.
By flying the Honor and Remember Flag, we say to these selfless men and women and the families that love them, that we as Americans will never forget their contribution to our freedom. And we are mindful that at any time, any day another could be added to those ranks. Potentially any day, regardless of circumstance, a blue star family can turn gold.

7. Why does the Honor and Remember Flag have a registered trademark?

Great question, the reason for anything to be copy written or trademarked is protection. When the Honor and Remember Flag was initially designed and accepted there needed to be a mechanism in place that would protect it from being altered or produced outside of the US. Additionally our organization exists to fulfill a very important four fold mission, Establish, Educate, Present and Comfort. For this to be accomplished we must remain viable. In researching the creation and establishment of the POW flag we found that one of the missing elements of their effort was not protecting their design. The initial thought was to make sure that the POW flag flew everywhere, however by allowing the flag to fall into public domain they gave up all rights. Subsequently, not only did the design fluctuate but also all flag manufacturers were allowed to openly profit from the emblem. Today those flags are made all over the world, including China and Vietnam. The Nat’l League of families now are financially hindered in their ability to continue their humanitarian efforts effectively and have resorted to reaching out to the many manufacturers in the hopes of receiving donations. From the onset we did not want this to happen to Honor and Remember, therefore we initially licensed Annin and Co, the largest US maker of flags, as well as several others, to manufacture and distribute Honor and Remember Flags across the country, and yes our organization, in order to remain viable, receives a small portion of the proceeds.  The trademark is not held in anyone's name and everyone involved in its design have legally released all rights.  As a board-run non-profit organization we feel it is our obligation to protect this most honorable symbol and to inhibit it from being altered or produced outside the United States. We hope you agree.

8. How do I help get the flag flying?

There are four very important things you can do:

9. Where do the donations go?

Honor and Remember, Inc. is a 501 (c)(3) non-profit organization. Our fourfold mission is to Establish, Educate, Present and Comfort. 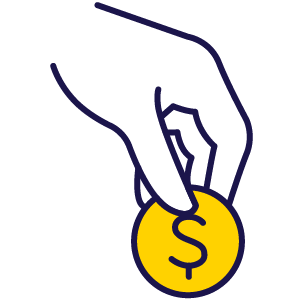 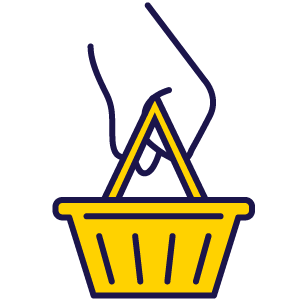 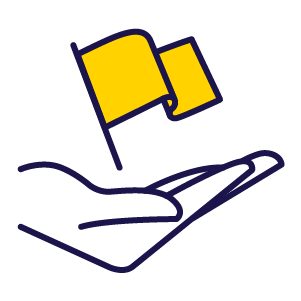 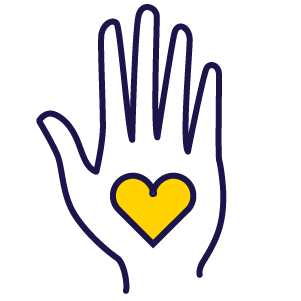 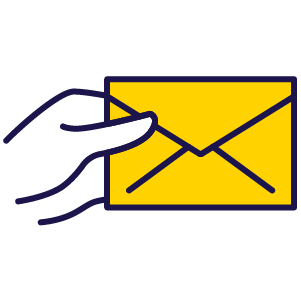 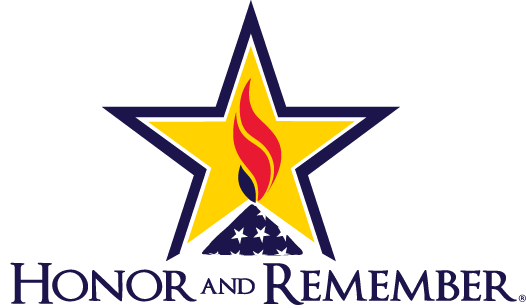 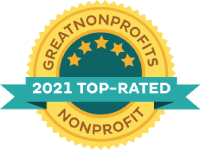 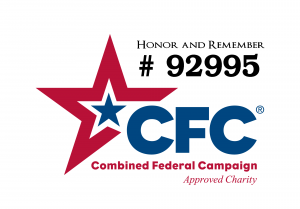 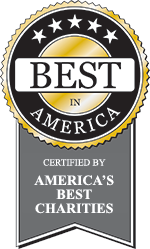 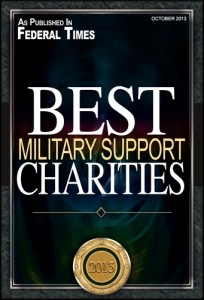 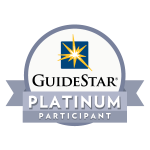